Before I go into the breaking changes introduced in 0.9.518, I wanted to highlight Invoke-DbatoolsRenameHelper which is an awesome command that will help you with a vast majority of our renames. Using it is as simple as:

This command even takes care of a couple parameter renames like NetworkShare and UseLastBackups.

It’s been a busy couple days! Here’s a list of our breaking changes

Recently, we’ve also added a bunch of new WSFC, Mirroring and AG commands (like Sync-DbaAvailabilityGroup!) that I’ll write about more in-depth about later. If you’d like to test the commands now and give us feedback, check out the Availability Groups section of the Commands Index.

We also have other new commands including 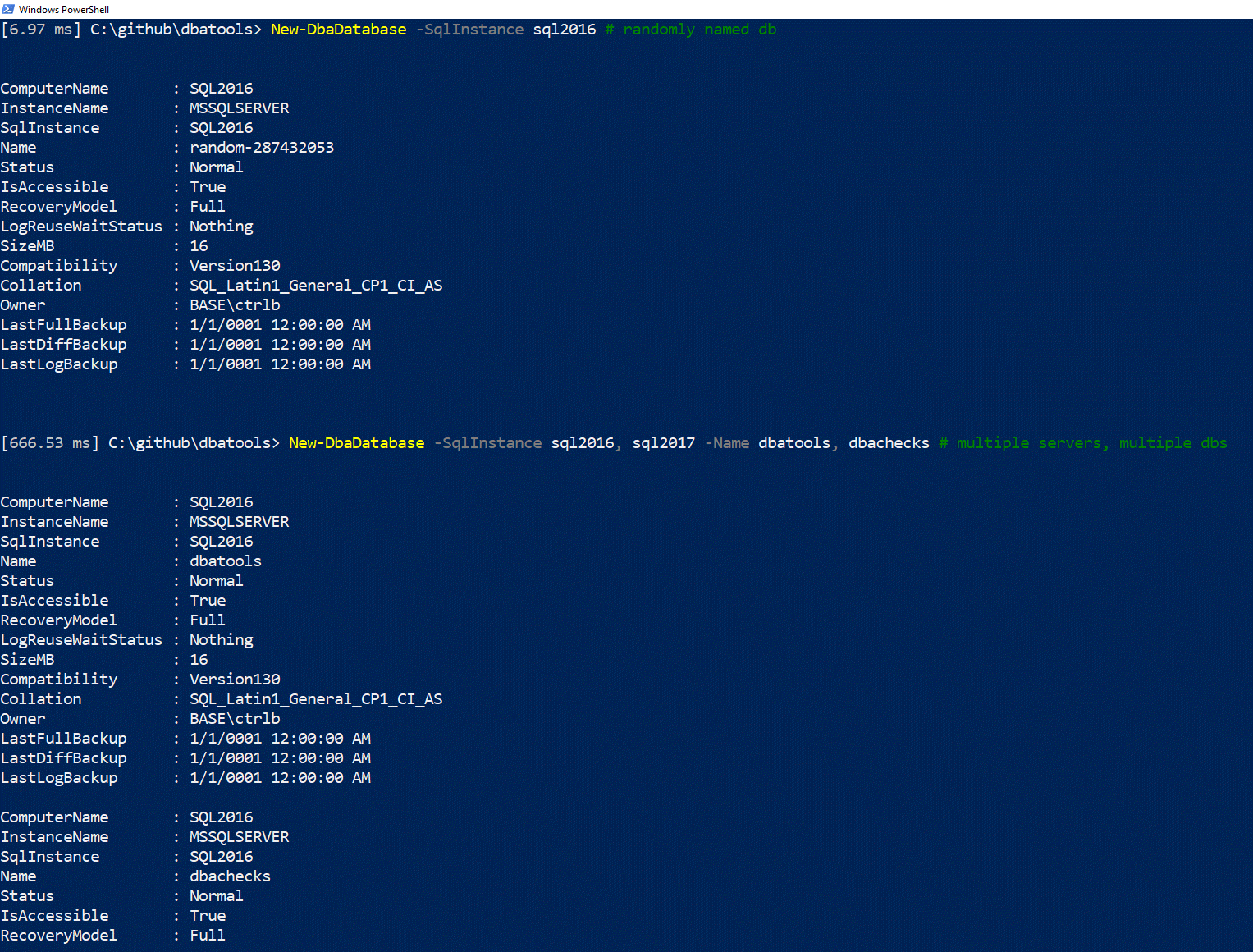 Also, a teammate suggested we highlight that Install-DbaSqlWatch, which installs sqlwatch is different from Install-DbaWatchUpdate which watches for updates to dbatools.

We also added Azure support to Copy-DbaDbTableData. Oh, and, we added -AutoCreateTable which creates the destination table based off of the definition of the source table. Have you ever used this command? It’s an insanely fast streaming bulk-copy between two tables.

Thank you all for your patience while we make these huge strides. We’ll be in touch soon.