We’ve made even more progress in the past week! Here are some highlights of 0.9.520.

Aliases have been added for the changes, so these are not breaking changes:

Reset-DbaAdmin actually has output now! This was a big oversight for an otherwise incredibly useful and cool command.

The Credential parameter in Connect-DbaInstance has been changed to SqlCredential and an alias to Credential has been added. Also, we fixed trusted domain support in both our internal and external Connect commands. So if you’ve ever had a problem with that before, it should work now.

Aliases have not been created for commands using these parameters so these are breaking changes.

Invoke-DbatoolsRenameHelper has been updated to handle the No to Exclude changes, so don’t forget you can auto-update your scripts. Running it is as simple as:

Note that it does not work for the breaking changes released below (they are massive) or any of the Exclude parameters in Start-DbaMigration since the change wouldn’t be a one-to-one and I’m not good with regex.

This command had been rewritten pretty much from the ground up. It no longer requires remote registry access, just SQLWMI and PowerShell Remoting. It also accepts servers from CMS natively instead of relying on the terribly named -CmsServer parameter. To find out more, check out Get-DbaProductKey

I’m so happy to announce that Import-DbaCsvToSql has been renamed to Import-DbaCsv and is now usable and reliable for most CSVs. The original command was ultra fast, but it came at the price of reliability. I found myself never using a fast command because it so rarely handled my imperfect data. That’s been fixed and the command is still pretty darn fast. 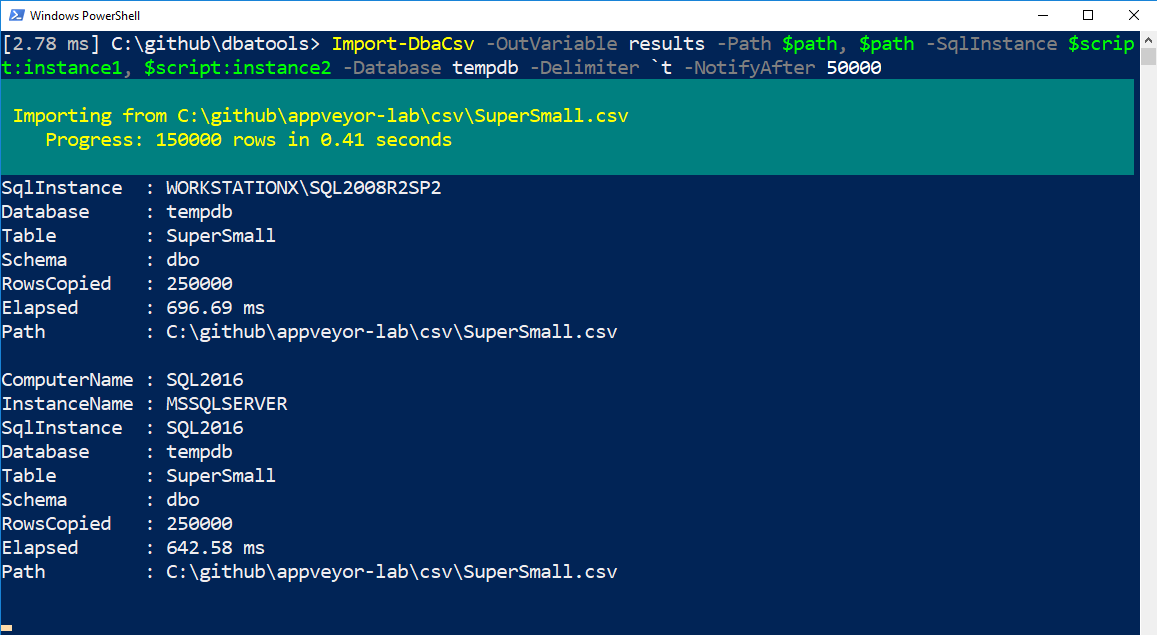 Writing more in-depth about this command is on my todo list, but I love that you can pipe in a bunch of CSVs from a directory and smash them into a database. Everything is done within a transaction, too, so if the import fails, the transaction is rolled back and no changes persist. 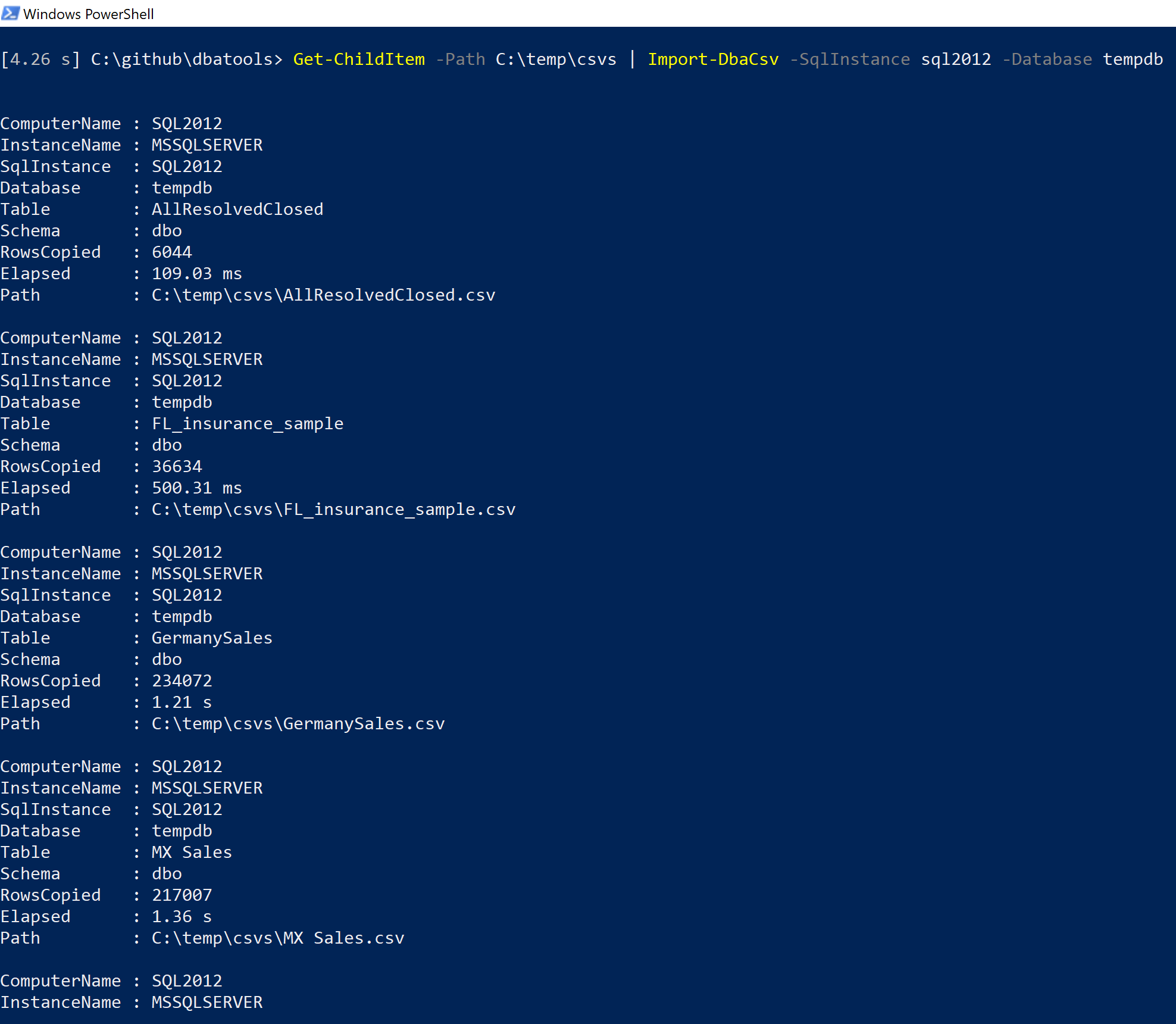 No more breaking changes for a while

K that should do it for breaking changes, at least until we’re closer to 1.0.

We’re trying our best to ensure you don’t get too frustrated while we make necessary changes, and we thank you for your patience.

The bug bash is going incredibly well! We’re now down from 90+ open bugs to just 25 minor bugs 😍 Huge thanks to everyone who has helped bring our count down to such a manageable number.

One thought on “more 1.0 progress”